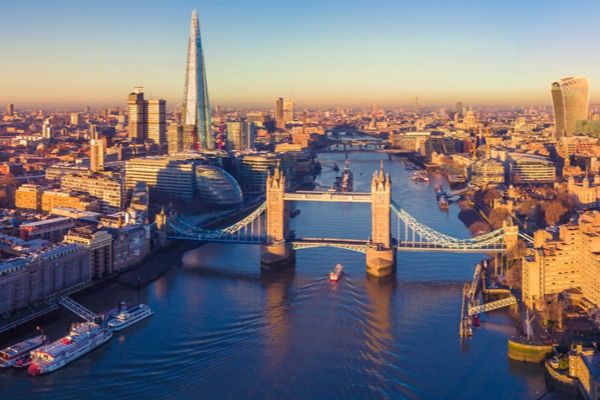 Explore South Africa like a local and experience the exciting atmosphere that breathes life into its bustling cities.

South Africa is one of the most remarkable countries in the world to travel and explore. Often called ‘the world in one country’, it is a fascinating country with a diverse mix of cultures, traditions and people.

With wildlife parks and natural wonders close to bustling metropolitan areas, you can go shopping, track lions and relax with a pint, all in the same day. While national parks and scenic highways are heavily promoted, its vibrant cities are often overlooked.

Here is a list of 11 cities you should visit to get the most out of your trip to South Africa :

The most visited city in South Africa  , Cape Town is a beautiful heartwarming place to visit. This city in the far southwest is the gateway to the Cape Peninsula. Glistening waters, numerous beaches and the backdrop of the majestic Table Mountain make the city one of the most picturesque in the world.

A multicultural city with a vibrant art scene, there are plenty of restaurants and clubs and a fantastic nightlife. You can also go for fun and exciting activities like jungle safaris, diving with sharks, hiking Table Mountain and visiting nearby wineries.

A few miles off the coast of the city lies Robben Island, a testament to the country’s troubled past, where Nelson Mandela was imprisoned for 18 years. Boulders Beach is also part of Table Mountain National Park, with a penguin colony thriving in the sand and sun.

Johannesburg  is the largest city in South Africa  and the economic center of Sub-Saharan Africa. After nearly two decades of decline, the city is slowly becoming a powerhouse of economy and tourism.

The hip neighborhood of Maboneng is one of the most successful urban redesign projects in Africa. For an eye-opening tour, visit the historical sites dotted around the city. These include the Apartheid Museum, Constitution Hill and the Soweto Settlement, the birthplace of South African figures such as Nelson Mandela and Desmond Tutu.

With great nightlife and city life, Johannesburg is a must-see city in the South Country. Packed with rooftop bars, live music venues and upscale shopping districts, along with safaris and expeditions, Johannesburg offers a city trek like no other.

South Africa’s third largest city, Durban boasts one of the best waterfronts in the country. Located on the shores of the Indian Ocean, Durban has a large picturesque harbor and numerous sandy sun-soaked beaches. It is one of the most diverse cities on the South Coast, with large Kwa-Zulu and Indian communities.

The Durban waterfront is known for its watersports such as snorkeling and diving, along with other attractions such as uShaka Marine World, one of the largest aquariums in the world. With plenty of markets, restaurants and street food, Durban is a city full of fun and excitement that welcomes you with open arms.

Pretoria, South Africa’s administrative capital, is a cultural hub dotted with leafy suburbs. During spring, the jacaranda trees are in full bloom and give the entire city a beautiful purple hue.

Remnants of the past can be seen within the city. Once the center of the apartheid regime, the city has transformed itself into a multicultural hotspot. Dotted with museums and historical sites and surrounded by the country’s many national parks, Pretoria is home to everything South Africa has to offer.

Port Elizabeth is known for its surf, sun and sand. With an abundance of marine life in the waters, the city is now a must-see for tourists looking to catch a glimpse of dolphins and whales.

The port city is mostly a stopover for tourists. The city center, once shunned by haphazard industrialization, has begun to welcome tourists with chic cafes and cozy restaurants, thanks to urban redesign efforts.

Heritage buildings that exemplify the grandeur of South African architecture from days gone by have either been restored or left untouched. The nearby Edo Elephant Park is a great place to socialize with the trunked giants in their own grounds. The azure waters of the Indian Ocean and the rich marine life are what draw visitors to the shores of Port Elizabeth. A perfect stopover on the Garden Route,

One of the most famous cities along the Garden Route is Knysna. Once the center of the timber industry, the city has some intricate wooden architecture to take in. Located on the shores of the Indian Ocean in the Western Cape, Knysna is surrounded by a delightful lagoon.

The lagoon is a favorite among boating and sailing enthusiasts and offers a plethora of boating activities. With amazing hotels and restaurants around every corner, Artsy City is one of the main highlights of the Garden Route. A fascinating city with lots to do, Knysna is not to be missed.

Despite its importance as the judicial capital of South Africa, Bloemfontein is a small and picturesque city. While the city doesn’t have much to offer in terms of attractions, the quaint provincial feel of the city is more than enough.

You will definitely pass by the city when traveling through the heart of South Africa, as the city is a crossroads between the Cape Road, South Africa’s most famous national parks and the Kalahari Desert. While activities are scarce, there are plenty of museums and galleries to soak up the history of South Africa and the province of the Free State.

Another picturesque town located on the Eastern Cape, East London is known for its beaches, boardwalks and surfing. The city is not overcrowded with tourists yet, making it a great place to visit if you want to avoid the crowds.

As other beaches are crowded with tourists, many people choose East London as their beach destination in South Africa. For this reason, it is fast becoming the only South African city to be explored by tourists.

Stellenbosch is South Africa’s wine country, located near Cape Town. With one of the country’s premier establishments in the backyard, the city has a youthful, carefree feel.

The outskirts of the town are dotted with various vineyards that produce a wide range of wines. Wine tasting tours are a favorite among tourists and South Africans on vacation. This quaint town is at the starting point of the Garden Route and you can wind down here after a relaxing afternoon on the road. Just don’t drink and drive.

One of South Africa’s top tourist towns and a must-stop on the Garden Route, Plettenberg Bay is surrounded by rolling hills, white sandy beaches and crystal clear waters. During the warm season, you can witness magnificent views of breeding whales in the water.

Along with one of the best beaches in South Africa, there is a wide range of water sports activities and the opportunity to get up close and personal with diverse marine life. The nearby hills also allow you to go hiking or climbing and there are numerous wildlife sanctuaries that house native monkeys and birds.

Oudtshoorn is the perfect base for exploring the Karo regions of South Africa. But the city itself has a lot to offer. Known as the ‘Ostrich Capital of the World’, Oudtshoorn is home to over 400 ostrich farms.

The outskirts of the city are dotted with waterfalls and national parks. From driving with crocodiles and tracking leopards to tasting locally made wines, Oudtshoorn is a stopover with plenty of activities and abundant natural scenery.

South Africa is much more than the Cape of Good Hope and jungle safaris. Those cities have as much charm and mystique as the forests that surround them. With multicultural metropolises and small quaint towns, South Africa’s bustling urban areas are definitely worth exploring.

1 thought on “11 Best Cities in South Africa for Tourists”