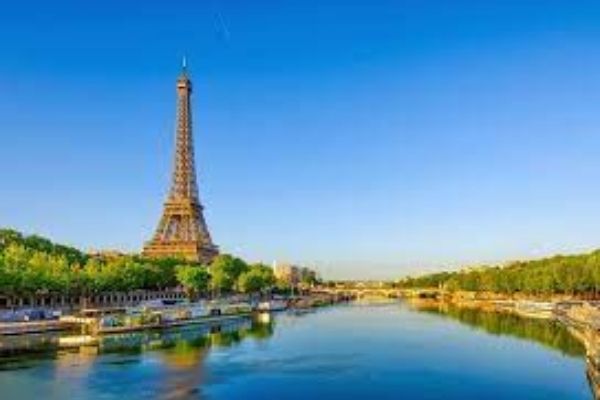 The French affectionately call their beloved homeland “l’hexagon” because of its distinct six-sided shape. Every corner of France has its own unique character: the rugged and rugged French Alps; sun-drenched and slow-paced Provence; the breathtaking and gorgeous Côte d’Azur beaches; and legendary Alsace, a pastoral region where storybook villages are tucked away in rolling vine-covered hills.

Paris and Versailles are must-sees for a first trip to France. Other classic travel itineraries include stops at fashionable seaside resorts, fairytale castles and magnificent Gothic cathedrals.

More off-the-beaten-track experiences can be found in the countryside, such as the farmhouses of Burgundy, fishing villages in Brittany, and quaint towns in the forests of the Pyrenees Mountains.

From civilized cities to natural destinations, France offers endless tourist attractions. Discover this fascinating and diverse country with our list of the best places to visit in France.

Also read: 11 weirdest and wonderful things to see in Germany

Acclaimed for its elegance and joie de vivre, Paris is   a grand European capital filled with architectural masterpieces like the Eiffel Tower and Notre-Dame Cathedral .

Reflecting the city’s rich heritage, the Louvre (one of Paris’ top museums) houses an exceptional fine art collection, while the  Musée d’Orsay  and  the Musée de l’Orangerie  showcase treasures of French Impressionist art.

Other charms of Paris are its atmospheric medieval quarter and charming boulevards. Outstanding tourist experiences  include shopping  at bookstores in the Latin Quarter, strolling the Champs-Élysées, and  people-watching from sidewalk cafe terraces on Boulevard Saint-Germain-des-Prés.

A short train ride from Paris is the UNESCO-listed Chateau de Versailles. Built for Louis XIV (“Sun King”), this magnificent 17th-century palace is a testament to the majesty and absolute power of the French monarch.

2. The charming countryside of Provence

Unlike the gray skies of Paris and northern France, the charming region of Provence basks in bright Mediterranean sunshine for most of the year. This rural area seems untouched by the modern world and has a rugged, earthy charm.

The rolling hills are covered with a patchwork of small farms, olive groves, sunflower and lavender fields. Fragrant rosemary, sage and thyme and other wild herbs grow here in abundance and enliven the local cuisine. In this dreamy landscape, Impressionist painters were inspired to create living works of art.

Visitors are mesmerized by perchés, the villages that crown the hills of Provence  . Two favorite spots are  Saint-Paul-de-Vence  , a picture-perfect walled medieval town (close to many Côte d’Azur tourist spots, such as Eze) and  Gordes  , one of the Luberon’s top attractions.

In the heart of Provence, the traditional atmosphere is found at the festivals of Arles, the tree-shaded streets and the outdoor cafes of Aix-en-Provence; and by the old port of Marseille

Also not to be missed is the Palais de Papes in Avignon; the legendary beach resort of Saint-Tropez; And  the Roman theater in Orange,  one of the fascinating sites of Haute-Vaucluse.

Also known as the French Riviera, the Côte d’Azur is a fascinating stretch of Mediterranean coastline named for its deep azure-blue waters. The sky is also often a mesmerizing cerulean color due to the sunny weather in this area of ​​southern France most of the year.

Stretching roughly from Saint-Tropez  (overlapping with the Provence region) to  Menton  , less than 30 kilometers from the Italian border, the Côte d’Azur has been a fashionable seaside resort since the early 19th century.

The Côte d’Azur has something for everyone  . A great place to enjoy the good life, visit art museums and stroll along cobblestone streets and palm-fringed boulevards. Within a short drive from Nice, there are places to visit as a day trip, such as elegant waterfront villas and excellent art museums.

Among the most famous French Riviera tourist attractions are Cannes, with its charming beachfront promenade and charming old town; and Monaco, a small royal principality synonymous with luxury and decadence. Both Cannes and Monaco have five-star hotels, acclaimed restaurants and marinas full of yachts.

Mont Saint-Michel is a highlight of the Normandy region, a pastoral landscape of apple orchards, woodlands and cow pastures. This unmissable tourist attraction tops a long list of tourist destinations in Normandy, which includes attractions such as historic castles and picture-perfect towns.

5. Chateaux of the Loire Valley

Like a scene from a fairy tale, magnificent castles dot the densely forested landscape of the Loire Valley. Stretching 280 kilometers from Sully-sur-Loire in Anjou to Chalons-sur-Loire, the Loire Valley is  the largest UNESCO-listed site in France  .

The region has an incredibly rich cultural heritage. During the 15th and 16th centuries, the kings of France built lavish country retreats here just for recreation and pleasure.

Extraordinary châteaux, such as the magnificent  Château de Chambord  and the iconic  Château de Chenonceau  , give a sense of the opulence of the Renaissance-era French court.

French nobles and elites also built grand manor houses, such as the majestic  château of Cheverny and the château d’Aze-le-Rideau in  a beautiful setting with a water-filled moat  .

For families with children, the Mini  -Châteaux Park in Amboise  is a great place. Set in two hectares of woodlands, the amusement park features over 40 replicas of Loire chateaux built at 1/25 scale. Kids love exploring kid-sized castles designed with authentic details.

6. Reims and its magnificent Gothic cathedral

Reims is rightly ranked among France’s “villes d’art et d’histoire ” (“cities of art and history”). Of the city’s three  UNESCO World Heritage Sites  , the most famous  is the Notre-Dame de Reims Cathedral  ,

Where the French kings were crowned. The most famous event was when Joan of Arc escorted Charles VII to the cathedral for his coronation as king in July 1429.

Built in the 13th century, Reims’ Notre-Dame Cathedral is a gem of High Gothic architecture. The glittering exterior is replete with flying buttresses and sculpted angels, while the spacious interior has a solemn atmosphere of spirituality.

Among the city’s top attractions, other UNESCO-listed landmarks include the  Palais du Tau  , the 17th-century palace of the archbishops, and the 11th-century  Basilica Saint-Rémy  .

A picturesque coastal region, Brittany has a rich maritime heritage that can be seen in its historic port towns:  Saint-Malo  , surrounded by the old coast; the medieval capital of Nantes  ; and the fortified 14th-century  Concarneau  .

There are also stylish beach resorts by the sea, such as  the summer vacation destination of La Baule  on the banks of the Loire River, the fashionable Dinard on the   Cote d’  Emerode ,  and Treboul near the pretty riverside town of  Quimper.

The scenery is dramatic and unspoiled, with secluded sandy beaches and rocky shores where wild Atlantic waves crash ashore. Centuries-old fishing villages are sheltered in quiet bays and on small wind-swept offshore islands.

Breton culture can be traced back to the Celts (a local dialect related to Gaelic). Like Ireland, it is a land of myths and legends. Today, Brittany is very Catholic. Locals celebrate ancient religious customs called “Kshama”, special festivals when townspeople dress in old-fashioned regional costumes.

Local cuisine features delicious specialties such as fresh seafood and savory buckwheat crepes. Brittany also has a famous regional pastry, ”  kouin-aman  ,” a buttery pastry made of croissant dough, layered with a sprinkle of sugar, with a moist cake-like center and a crispy caramelized exterior.

Combining Parisian-style elegance and the unspoiled natural beauty of the Atlantic coast, Biarritz is an upscale seaside resort with fabulous beaches.

Biarritz was favored by Queen Eugenie, who loved this area of ​​the Basque region. She chose a sandy hill overlooking the Bay of Biscay as the location for her royal residence, the Villa Eugenie.

This Second Empire palace has been converted into a luxury residence, the five-star  Hôtel du Palais  , which offers exquisitely decorated guest rooms and a gastronomic restaurant overlooking the sea.

Adjacent to the hotel property is the  Grande Plage  , a sandy beach that has attracted sunbathers since the Belle Epoque.

Another top beach  in Biarritz is Plage du Miramar  . A picturesque sight of colorful, striped cabanas and umbrellas during the summer, this sheltered beach has the delightful atmosphere of an old-fashioned seaside resort.

Just a half-hour drive (15 kilometers) from Biarritz is the  historic fishing port of Saint-Jean-de-Luz  , a popular summertime destination with family-friendly beaches.

In Spain’s Basque country, 50 kilometers from Biarritz by bus, car or train, the lively seaside town of San Sebastián delights visitors with its magnificent architecture, sandy beaches and delicious tapas.

9. Joan of Arc monuments in Chinon, Rouen and Orleans

France’s national heroine, Joan of Arc, led the country to victory during the Hundred Years’ War when she was just seventeen years old. Her divinely ordained mission, directed by heavenly voices, is still an inspiration to the faithful.

The remarkable story of Joan of Arc  began in Chinon  , where on March 9, 1429, she   went to meet the future Charles VII (“the Dauphin”) at the Fortress Royal (a medieval fortified castle). On this momentous occasion, the “Maid of Orleans” informed the Dauphin of her right to the crown and asked for help in raising an army,

which was necessary to break the siege of Orleans (a major event during the Hundred Years’ War between France. and England).

Due to its rich heritage, Chinon   has been listed as a Ville d’Art et d’ Histor (City of Art and History). At the tree-lined  site stands a monumental bronze equestrian statue of Jeanne d’Arc  Joan of Arc, depicted as a heroic military leader.

Among the Loire Valley’s top attractions, Orléans  is  another essential stop on the Joan of Arc Trail. The city was saved by the “Maid of Orleans” during the siege of 1429.

After leading the French to defeat the English army, Joan of Arc came to the city’s  Cathedral Sainte-Croix to pray. The cathedral’s 19th-century stained glass windows recount the story of Joan of Arc.

In a 15th-century half-timbered house, the  Maison de Jeanne d’  Arc presents an exhibition about Joan of Arc, now recognized as a saint by the Catholic Church. A bronze equestrian statue of Joan of Arc  graces the Place du Martroi in Orleans.

Tourists can learn more about Joan of Arc’s life story at some of Rouen’s top attractions. In the 13th-century  Tour Jeanne d’Arc  (Dungeon), a remnant of the town’s old temple,

Joan of Arc was imprisoned, threatened with torture, trailed and accused of heresy.

Since this infamous trial and martyrdom in 1431, Joan of Arc has been elevated to sainthood. Built on the site in Rouen where Joan of Arc was burned at the stake, the  Église Jeanne d’Arc  pays tribute to the saint’s legacy.

This modern church has an upward swinging roof designed to resemble flames.

Rouen also has a museum dedicated to Joan of Arc, the  historical Jeanne d’Arc  , in the former Archbishop’s Palace (a classified historical monument). This museum explores the epic story of Joan of Arc and explains how she changed the course of French history. Exciting multimedia exhibits and videos bring events to life in an exciting way.

The historic cities of Strasbourg and Colmar, along with hundreds of Alsatian villages, have a distinct old-world charm that is completely different from the rest of France. Alsace’s architecture and atmosphere have been influenced by neighboring Germany for centuries, as seen in brightly painted, half-timbered buildings and venerable Gothic churches.

1 thought on “Best places to visit in France”