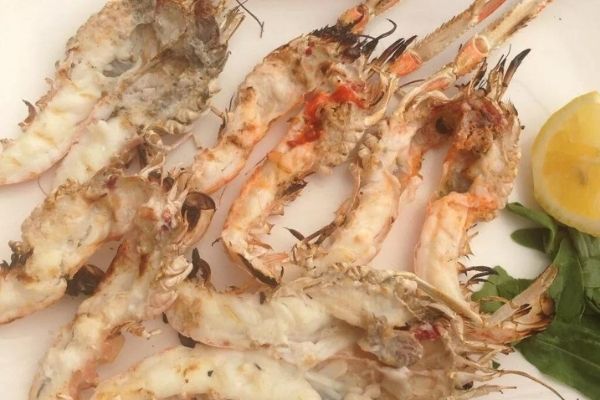 We really don’t think you or your kids will have any problem getting interested in Italy. There is no dearth of things to know about this old, artistic and cultural country.

But still, we thought it would be helpful to make a list of fun facts about Italy to share with your kids, either while you’re traveling or before you go, to keep their interest alive and well.

1. Italy looks like a high-heeled boot bobbing in the Mediterranean. The boot seems to be kicking an oddly shaped ball: the island of Sicily.

2. The country is made up of twenty regions, which often speak their own dialects of Italian and eat their own regional cuisines.

3. The largest cities in Italy are Rome, Naples and Milan. Florence, Pisa and Venice are some other Italian cities that are known worldwide for their beauty.

4. Italian is the official language of Italy, which has its roots in the ancient and dead language of Latin. If you listen when people speak, language can sound like a song. Many expressions in Italian are accompanied by hand gestures with very specific meanings.

5. Italians celebrate many holidays, and they like to eat big meals with their families. The two most important are Christmas and Ferragosto, on August 15, when everyone heads to the beach. Easter is also a very popular holiday in Italy. Many people flock to St. Peter’s Square in Rome to see and hear the Pope.

7. Rome was also the capital of the Roman Empire, which – about 2,000 years ago – was the most powerful and prosperous empire around. The city was filled with people coming to worship in the city’s famous temples, shop in its busy shopping streets, and live in its apartment buildings, much the same as people do in Rome today.

8. After the fall of the Roman Empire, Rome became the capital of Christianity. The Pope is still based in Rome, actually in Vatican City, one of the smallest countries in the world.

9. The Renaissance, 1400s-1500s saw Italy explode with artistic talent. These were the years of Leonardo da Vinci, Michelangelo and Raphael, great painters, sculptors and inventors who changed art forever. You can see his famous works all over Italy and beyond.

11. Most Italians eat pasta at least once a day. But that doesn’t mean they eat the same thing every day! There are so many ways to eat pasta with a variety of toppings and sauces, that you never get bored.

12. Each region of Italy has favorite ways to eat pasta. In Rome, two classics are carbonara (with eggs and pancetta, which is similar to bacon) and cacio e pepe (with cheese and peppers).

13. Pizza was invented in Naples, Italy. There are two classic types of pizza: one topped with a plain red sauce and called Marinara (or Rossa) and the other, topped with tomato sauce and mozzarella, called Margherita, after Queen Margherita. But Italy has many more toppings than these two.

14. Italians eat seasonally, which means that the food on their dinner table is influenced by the vegetables that grow in the fields. For instance, winter is the time for artichokes and summer is the time for green beans and eggplant.

15. Most people in Italy shop for their food in many stores and outdoor markets, not in one big supermarket. They buy their bread from the baker, their vegetables from the farmers, their meat from the butcher. Grocery shopping may take longer, but it ensures that all food is fresher and tastier.

What comes to mind when you think of Italian or Roman food? Pasta and pizza, right? And it’s true, Italy has a lot of pasta and pizza. We even have a cooking class in Rome to teach you and your family how to make classic Italian pizza!

Rome is not that far from the sea, so it should come as no surprise that you can find restaurants that serve fresh fish all over the city. The two most common types prepared in the oven or pan are  spigola  (seabass) and  orata (gilt-head bream). Also popular in Rome are shrimp and calamari served fried or grilled.

Romans love fried food. Fried Italian food is usually served as an appetizer for pizza, but that doesn’t mean you have to follow it. If you’re passing through town and want a snack, stop at any pizza al taglio shop (or pizza by the slice), not for the pizza but for the suppi – fried rice balls stuffed with mozzarella.

Another fried delicacy from Rome is bacala, made from dried cod that has been rehydrated, dipped in batter, then tossed in hot oil.

There are also restaurants in Rome that serve only baccala, filetti di baccala, with some side dishes. It gets very busy in the summer so expect to wait. But there is outdoor seating that makes the wait worth it.

A common meat in Rome is pork. It is cured as salami and  prosciutto  or  grilled as porchetta  , a specialty of the Castelli Romani, the hills south of Rome. Romans are also known for their offal.

Using the parts of the cow that most people throw away, they   have perfected dishes like the coda alla vaccinara , or tail. If you’re looking for white meat,  try pollo ai pepperoni  or chicken with peppers, another delicious Roman dish.

And although it’s not Roman, burger joints are popping up all over the city that cook their burgers in a very Italian way. By far the most popular burger restaurant is Open Baladin, where you can also get some cold microbrewed beer.

Although risotto is most popular in the north of Italy, many restaurants in Rome offer at least one dish of it. To make risotto you start with short grain, thick rice like carnaroli or arborio

Bring to a boil, then toss with butter and seasonal vegetables or seafood, slowly adding broth. Risotto con crema di scampi  (with cream and shrimp) is a common and delicious choice in Rome. If you’re feeling adventurous,  try risotto con ortiche  , which means nettles and is usually served in the fall.