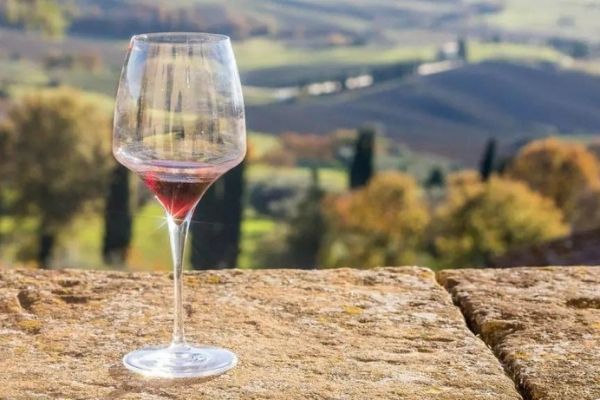 With some of the world’s most impressive art, architecture, food and scenery, it’s no surprise that Italy is at the top of many travelers’ bucket lists.

From ancient cities and high mountains to fine wines and traditional pizzas, you could explore this fascinating country for years and still not discover everything. We’ve discovered 15 fun facts about Italy to get you started.

1. There are free wine fountains in Italy

Fontana di Vino can be found in the Dora Sarches vineyard, located on the Italian pilgrimage route of the Camino di San Tommaso.

2. Italy is the fifth most visited country in the world

Italy received more than 62 million international visitors in 2018, making it the fifth most visited country in the world. The iconic cities of Rome, Pisa, Florence and Milan are some of our favorite places to visit, along with gems like Lake Como, Assisi, Verona, Sorrento and the beautiful Isle of Capri.

3. All three active volcanoes in Europe are in Italy

Mount Etna is located on the island of Sicily. It last erupted in 2018, but you can see a plume of white steam rising from the summit. Mount Stromboli is currently active, although it is located on its own island off the coast of Sicily.

Meanwhile, the infamous Mount Vesuvius is located in Naples and has not erupted since 1944 when it caused major destruction. The volcano is also responsible for the most destructive eruption in history in 79 BC, you can still see the destruction caused by the volcano in the ancient city of Pompeii.

The first modern pizza with a tomato base was created in the Campania region of Naples in the 1860s. Since then, it has become the most loved food on the planet. Although the humble pizza has undergone many changes over time, the world’s tastiest pizzas can still be found in Naples today. Bon appetit!

5. Italy has the highest number of UNESCO World Heritage Sites in the world

One of the most interesting fun facts about Italy is that it is full of historical treasures. As of 2019, Italy is home to 55 UNESCO World Heritage Sites. They tie with China as the country with the most UNESCO sites in the world. With gems like the Colosseum in Rome, the city of Pompeii and the magnificent Amalfi Coast, it’s no wonder the country receives millions of visitors every year.

6. Italians have been eating pasta since the fourth century BC

Pasta is an important part of Italian culture, with many of the world’s best pasta dishes created in Italy. And they have had time to perfect their craft. Evidence suggests that pasta dishes in Italy date back to the fourth century BC. Historians thought to depict pasta-making tools after finding paintings in pre-Roman Italian tombs.

Whether you choose creamy carbonara or classic spaghetti bolognese, we guarantee you’ll eat the world’s best pasta in Italy.

Italy’s lakes are spectacular, and there are more than 1,500 of them scattered across the country. Surrounded by snowy Alps and golden beaches, you can spend hours enjoying the beauty of Italy’s lakes. Sail with the stars on the famous waters of Lake Como and Lake Garda. Or explore smaller gems like Lake Iso and Lake Ledro.

It is well known that Italians love their coffee. But did you know that they enjoy 14 billion espressos every year? That’s impressive for a country with a population of just over 60 million.

Most Italians drink their daily coffee at a local cafe, and over 20,000 Italians work as baristas. Many people with families consume an average of 37 kg of coffee per year, even at home.

9. You can find the smallest country in the world inside Italy

One of the smallest fun facts about Italy is that there is a whole other country within it! Spread over just 44 hectares, Vatican City is about one-eighth the size of New York’s Central Park. This makes it the smallest country in the world.

The mini city-state is located within Rome and is filled with some of the world’s most famous monuments. Thousands of visitors flock to Vatican City every day to see historic sites such as St. Peter’s Cathedral and the Sistine Chapel painted by Michelangelo in 1512.

10. One fifth of Italy is covered by hills and mountains

You can climb to the top of the world in Italy, about 25% of Italy’s land is hilly or mountainous. The country also has some of the most spectacular hiking trails in the world.

The highest mountain in Italy is Mont Blanc, which is 4,808 meters above sea level. It is also the highest mountain in the Alps, a spectacular mountain range that stretches 1,200 kilometers (750 mi) across eight countries, including France, Switzerland, Monaco, Austria, Liechtenstein, Slovenia, and Germany.

11. Italy is the largest wine producing country in the world

This fun fact about Italy may tempt wine lovers to visit. The country produced a whopping 54,800 hectoliters of wine in 2018, beating France at 49,000 hectoliters.

Italy is also one of the world’s largest wine exporters. They exported $7.3 billion worth of wine in 2018, most of which went to the US, UK and Germany. Salute!

12. Italy has a low birth rate and the oldest population in Europe

Italy has one of the oldest populations in the world, with 23% of the population over 65 years of age, and the median age is around 45 years. The country also has one of the lowest birth rates in the Western world.

More people are waiting longer to have children, while many other couples are having fewer or no children at all. In an effort to stabilize the birth rate, the government has recently introduced several incentives to encourage people to have more than one child.

Thousands of tourists flock to the beautiful Fontana di Trevi where they toss coins for luck – a change worth €3,000 a day. In 2016, an estimated €1.4 million (US$1.5 million) was thrown into the fountain.

Money was collected and donated to charity, including subsidizing a supermarket in Rome for the needy.

The tradition of throwing coins into the fountain stems from a local legend that says that if you throw a coin from your right hand over your left shoulder, you will one day return to Rome.

The 1950s film “Three Coins in the Fountain” inspired another legend that says that if you toss two more coins, you will find a new romance and a grand Roman wedding.

14. Rome is over 2,000 years old – but Italy is one of the youngest countries in Europe

Italy is less than 200 years old; Although the capital Rome is ancient. The city was founded in 753 BC and has a history of 28 centuries. The Romans named the city after the Roman Empire, which began in 27 BC and ruled much of Europe and North Africa until 395 AD.

The region was then divided into separate states, which were not united until 1861. At the same time the Empire of Italy as we know it today was founded.

One of the tastiest facts about Italy is that they have the largest variety of cheeses in the world. It is one of Italy’s greatest gifts to the world, with more than 2,500 traditional cheeses. The most popular include Parmesan, Mozzarella, Ricotta, Provolone and Gorgonzola.

The country is the third largest cheese producer in the European Union after France and Germany. If you are a cheese fanatic, head to Lombardy where they make 77 varieties of cheese. We know where to go for our next cheese and wine night!