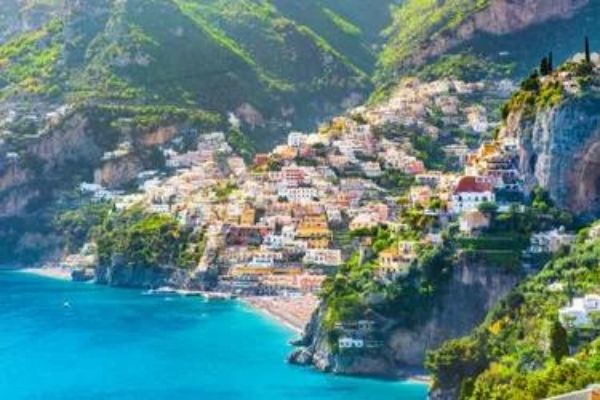 If you are planning your first trip to Italy, you can decide which cities to visit. It’s a tough decision, and for good reason—Italy’s cities offer a fascinating mix of scenery, historic and ancient sites, museums, and of course, great food and atmosphere.

How much time you spend in Italy will likely determine how many places you can visit there. Many travelers opt for the classic tour of Rome, Florence and Venice, perhaps with a side trip through Tuscany.

Yet there are so many great places to explore in Italy, it’s hard to narrow down any list of “best” cities. But we must try! These are our picks for the top ten Italian cities, each with its own unique character and charm.

Rome is the capital of Italy and, most likely, your first stop in the country. Rome offers a fascinating variety of sights and experiences. At every turn, you’ll discover ancient monuments, ornate medieval and baroque churches, beautiful fountains, art-filled museums and Renaissance palaces.

The ancient Colosseum is one of the most iconic sites in the world, and modern Rome is a bustling and lively city with some excellent restaurants and nightlife. St. Peter’s Square and Vatican City can also be easily visited while in Rome.

Unlike other places in the world, Venice is a unique city built on water in the middle of a lagoon. Venice is one of the most beautiful and romantic cities in Italy and one of the most popular for visitors to Italy.

The heart of Venice is Piazza San Marco, with its magnificent church, St. Mark’s Basilica. There are countless museums, palaces and churches to visit, and wandering along Venice’s canals and getting lost in its narrow streets is always charming.

Venice is in the northeast of Italy and was historically a bridge between East and West—its architecture retains a Byzantine feel not found elsewhere in Italy.

Florence is one of Italy’s most important centers of Renaissance architecture and art. Its Duomo and Baptistery are magnificent but crowded with tourists, as are the large piazzas. Florence has many excellent museums with many famous paintings and sculptures,

These include Michelangelo’s “David” and Botticelli’s “Birth of Venus”. There are also Medici palaces and gardens. Florence is in the region of Tuscany and is the gateway to exploring the small towns and countryside of Tuscany.

Milan, one of Europe’s wealthiest cities, is known for stylish shops, galleries and restaurants, and a faster pace of life than most Italian cities. It also has a rich artistic and cultural heritage.

Its Gothic Duomo, with its beautiful marble facade, is magnificent. Da Vinci’s painting of The Last Supper is one of Milan’s top attractions, and  La Scala  is one of the most famous opera houses in the world.

Capri has attracted royalty, artists and celebrities alike with its magnificent beaches, many gardens and restaurants. Located in the Bay of Naples, Capri is a year-round destination that is flooded with tourists every summer.

Be sure to get out on the water to explore the sea caves (Blue Grotto is a must) and rock formations. On land, consider visiting the famous Villa San Michele before enjoying some high-end shopping, excellent pasta and limoncello.

Naples is one of Italy’s most vibrant cities. It lies on the coast south of Rome and is the most important city in southern Italy. Naples retains much of its Baroque character and is the starting point for trips to Pompeii, Herculaneum and the Amalfi Coast.

It has many historical and artistic treasures, and is famous for its pizzas and desserts!0715

Bologna is known for its beauty, wealth, cuisine and leftist politics. Its flat streets are lined with arcades, making it a great city to walk in all weathers. It is one of the oldest universities in Europe.

A fine medieval centre, and some attractive squares, lined with buildings with porticoes. Bologna is the largest city in the Emilia-Romagna region of northern Italy and its Piazza Maggiore is one of the largest squares in Europe. Even among Italians, it is considered the culinary capital of the country.0815 No

Verona is best known as the setting for “Romeo and Juliet” but is also famous for its Roman Arena (the third largest in Italy and the site of a top opera festival). Verona has a good medieval center, Roman ruins, an interesting castle.

Complicated, and lots of high-end shopping. It is the fourth most visited city in Italy and is well worth a stop on a Northern Italy train journey.

A popular day trip from Rome, Orvieto is a charming hill town in Umbria. It is built on a volcanic plateau with a nearby cliff face and has a long, rich history. One of Orvieto’s main highlights is the Duomo.

It took nearly 400 years to complete and is a masterpiece of medieval architecture. There is also a network of caves and tunnels beneath the city that have been in use for over two millennia. Tours of underground Orvieto are available; They leave daily and run for 45 minutes.1015 no

Built into a seaside cliff in the heart of Italy’s gorgeous Amalfi Coast, Positano is now a popular resort destination perfect for romance. Its mild climate makes it a year-round destination, but Positano is at its busiest from April to October.

In addition to strolling through the town admiring the colorful houses, visitors can enjoy fresh seafood, do some shopping in the boutiques, or relax on the pebble and sand beaches. Positano also has many hiking options that follow the coast or go deeper inland.

1 thought on “Top Cities to Visit in Italy”